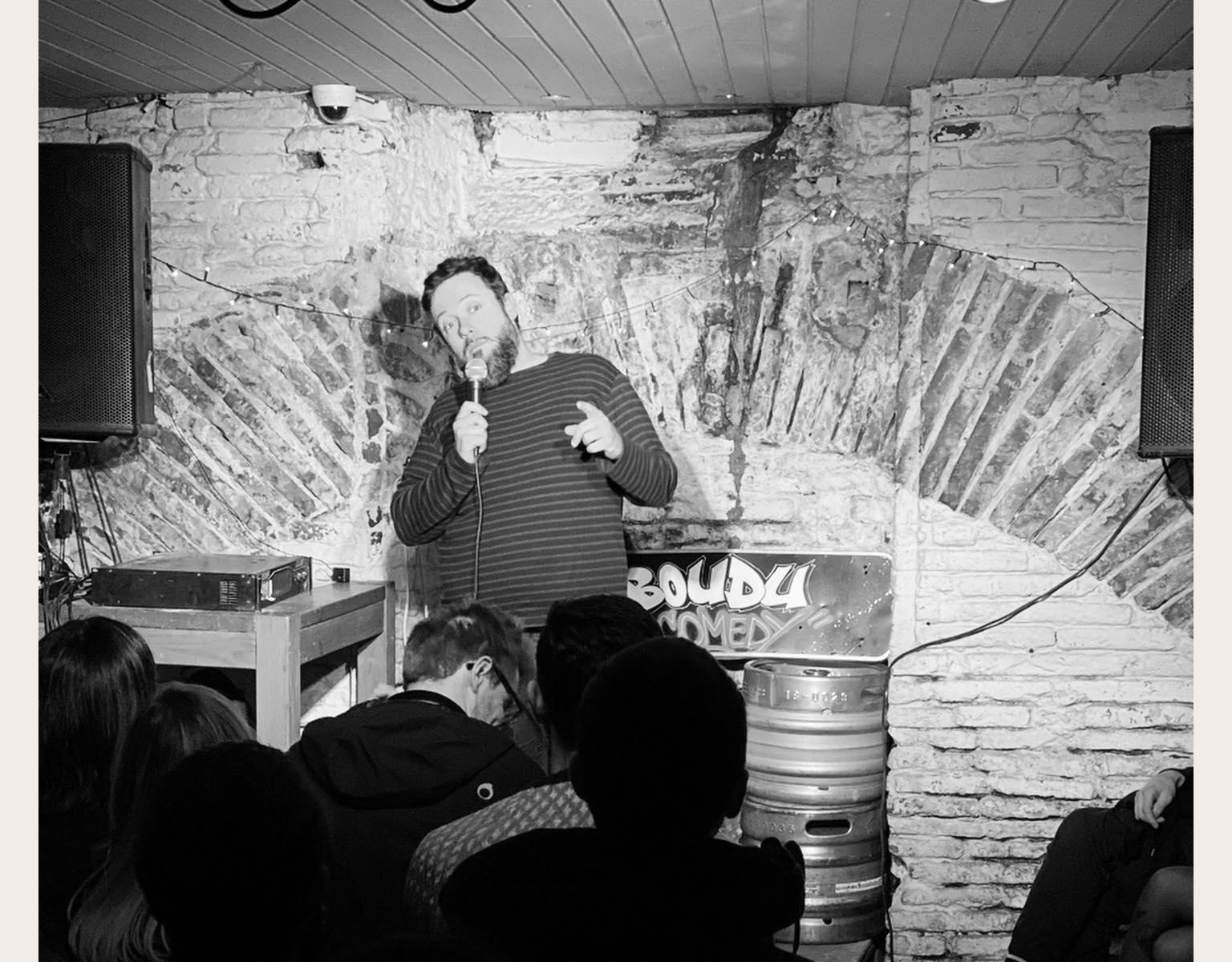 Although Scott has taken over 35 years to decide to become a standup comedian and writer, he always had a natural taste for comedy.

Mainly a practical, physical and situational kind of comedy.

Scott started performing informally when he was only a two-year-old. His young comedic mind thought it would be hilarious to entertain Mother, as well as testing her reflexes, by throwing a large rock at her foot. Young as he was, he was barely able to lift his sit-upon and walk, but the appeal of this “gag” was stronger than anything. Mother’s reaction and the consequent application of a near-fatal beating proved he was on the right track to becoming a super star.

The world never stops spinning and young Scott was eager to entertain and desperate to please. Therefore, it comes as no surprise when, for the greatest enjoyment of the crowd of passersby, 5-year-old Scott offered a more eclectic, yet urological spectacle. With his unmistakable taste for all things classy, he generously irrigated a person’s leg with his urine.

Unfortunately, we didn’t have access to records of the reaction of the guest star of that show. All we know is that the crowd was filled with joy.

At school, young Scott was fascinated by modern artists, such as Piero Mazoni and his masterpiece “Merda d’Artista” of 1961. Aged 8 he decided to try out that new form of expression.

In a restaurant, if the place could be so called, Scott decided to dip the toilet brush in some fecal matter and let his creativity flow. The walls of the cubicle were given a new life, a new decoration and most interestingly, a new aroma.

Humble as he was already at such a tender age, he refused to sign the piece or to take any credit whatsoever. Despite the insistence of the restaurateur, little Scott denied having anything to do with it. And what a pity that was, for the little box of “Artist’s Shit” by Mazoni was auctioned in 2007 for 120,000€.

Scott Fins, now a handsome teenager, as handsome as a teenager can generally be, discovered the great artists who were to become his mentors.

A few years later in 2006, trusting his instinct, Scott went to rent another comedy VHS for an evening he had organized with some friends. The tape was about “the aristocrats” and was advertised as brilliant comedy. “Laugh until it hurts”!

Ultimately, the film was about the different versions of only one joke, the aristocrat joke.

Needless to say, Scott did laugh until it hurt. The other people in the room had a more “meh” reaction to it.

Summer of 2006 in London, Scott is hungry for more comedy and decides to type in his favorite torrent website: top 10 standup comedy shows.

The results blew his mind.

Moving on to actual comedy shows, Scott Fins went through all there was of Monty Python,  Blackadder, A bit of fry and Laurie, Jeeves and Wooster, Little Britain, Father Ted, Fawlty Towers, The Office both UK and US, Seinfeld, Parks and Recreation, Extras, Ali G, etc. etc. etc.

At this point in his life Scott only used comedy to secure wholesome and fulfilling sexual intercourse, or at least, consent.

The decision of starting a career in comedy only came after Scott had gone through some rites of passage; marriage, children, divorce, and a lawsuit for sexual harassment.

Now that all of that is ticked off of the superstar checklist, let’s get the comedy going.

Many stories were left out of this short biography. Fear not, they will be all in my memoirs.

Is it too late? Of course not!